About our Chula Vista Community

Montessori American School is a private, bilingual Montessori school located in Chula Vista, California offering preschool and kindergarten programs for children ages 2-6. Established in 1988, Montessori American School is accredited by the American Montessori Society. Our students learn to become confident, respectful, and creative as they discover the joys of learning and developing their own personal potential. We aim to provide a warm, stimulating environment for our students in the Chula Vista community.

Located about 8 miles from downtown San Diego, Chula Vista is the second largest city in the San Diego metropolitan area. Considered the center of beautiful Southern California, Chula Vista is in one of the richest economic and culturally diverse zones in the country. It is a fast-growing location that is also popular with tourists, as it is home to several unique attractions. The Chula Vista Elite Athlete Training Center is one of America’s year-round United States Olympic Training Centers, offering tours and VIP experiences to guests. Aquatica San Diego, SeaWorld’s water park, is also located in Chula Vista. This fun water park offers rides, marine life shows, and up-close animal encounters with dolphins and penguins.

Animal lovers of the family will also enjoy the Living Coast Discovery Center. Dedicated to the conservation of coastal plants and animals, this learning center has many different exhibits that educate visitors about the wildlife native to the San Diego Bay. Third Avenue Village is another must-see destination in Chula Vista. Located in the city’s historic downtown area, Third Avenue Village has dozens of shops and restaurants, as well as a weekly Farmers Market. It is also the location of the Lemon Festival, a yearly event paying tribute to Chula Vista’s heritage as the “lemon capital of the world.” 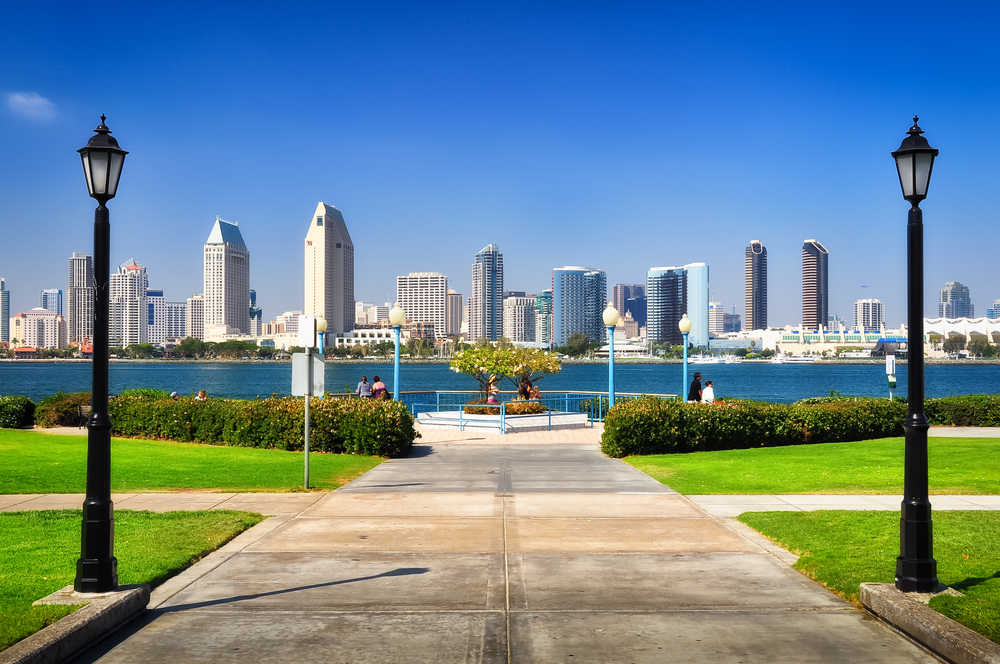 San Diego is the eighth-largest city in the United States and the second-largest city in California, behind only Los Angeles. With a population of nearly five million people, the city is known for its mild year-round climate, beautiful beaches, and strong international trade. It also has a natural deep-water harbor, which the United States Navy has used to build one of its largest bases in the world. The University of California, San Diego has helped the city evolve into a center for healthcare and biotechnology research.

San Diego has many historical landmarks and monuments, including the Cabrillo National Monument. This statue of Juan Rodriguez Cabrillo is located at the southern tip of the Point Loma Peninsula, and pays tribute to the first time a European expedition set foot on what would later become the West Coast of the United States. The Whaley House is another Historical Landmark in San Diego, built in 1857. Throughout history, the Whaley House has served as a general store, the first commercial theater in San Diego, and San Diego’s second county courthouse.

Montessori American School offers a unique, authentic Montessori experience for families in Chula Vista, California. Every child receives a customized learning plan so that they are able to learn at their own pace without becoming bored or feeling left behind. Our structured Montessori classrooms in Chula Vista are divided into several different key educational areas, including practical life, sensorial activities, language, and math. All of the materials in our classrooms are made easily accessible to students, so they have the freedom to move around and work on the tasks that interest them.

Since young children have very absorbent minds and are better able to comprehend languages, we teach all of our students in English and Spanish. Every member of our staff is bilingual, which makes it easy for students to practice and eventually master conversational skills in both languages. All of our teachers are CPR-certified and have Montessori credentials, ensuring your child receives the highest quality education. We also offer several additional enrichment activities, including art, art history, yoga, and music, in order to provide a broader educational experience.

Downtown San Diego is less than a 15-minute drive from Montessori American School. To get to Downtown San Diego, hop on I-805 and head north passing National City Golf Course, then take exit 13A foe CA-94. Head west on the 94 following signs for Balboa Park/Downtown. Continue onto F Street until you enter The Gaslamp Quarter – a lively downtown neighborhood known for its music, culture, and nightlife.